Better late than never. I mean, if you wait long enough, it will be a new year somewhere, right? Now that I think about it, maybe you should check your ego at the door - its entirely possible I wasn't talking about your calendar...

Like many, I got around to a little contemplation, in the fashion that only new years get one to do.

And I thought about this blog.

Now the thing that has been plaguing me about this blog, which I didn't realise until 2016's round of contemplation, is perfectionism. The desire to do the best possible thing, for the most impact, with the highest quality.

"Perfectionism?" I hear you bark at me. "PERFECTIONISM?"

"Maybe if you suffered from a bit more perfectionism, Skullzinschitte would be finished. New figures would be painted and we wouldn't have to look at the same bloody figures repurposed purely through the awesome power of narrative. What we're thinking, Gaj, if we're honest, is perhaps a little bit MORE perfectionism!"

Well, I didn't mean it quite like that. What I mean, is that I tend not to get around to posting updates here, because I don't think I've done enough work to deliver a quality post.

That son of a bitch.

I intend to combat it. I could hardly leave you here with this explosive revelation and then just wander off, my mind at ease. And whilst I can't promise to slouch over to Blogger once a week to deliver a casually sub-standard post, I'll do my level best to try.

So what I have is pictures of unpainted lead. Very low bar today. One has some greenstuff on it. 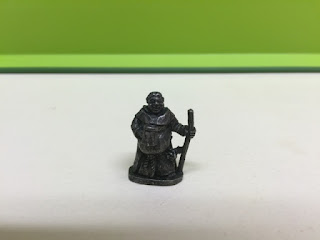 This paunchy fellow is called Mancrates. Mancrates* popped into existing when discussing an unusual contact from Man Crates (an organization that sells crates for men, a situation devised entirely to relieve the millions of crateless men out there, or alternatively, to supply a unique gift that men have to break in to) over on the Oldhammer Facebook group.

It was, in fact, Captain Crooks, from the Antipodes and Funky Wenis Rodeo, that created our fat philosopher. I'm fairly sure that his honorific of UN Ambassador of Awesomeness will be coming through any day now. Captain Crooks', that is, not Mancrates, who is a tiny static pewter figure and whilst singularly amazing in my eyes, probably falls far short of the requirements to become a UN Ambassador, which are vast and diverse. Captain Crooks will certainly have his work cut out for him. 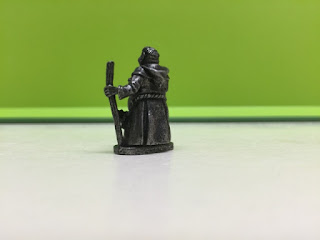 Look, the back of Mancrates. I am thinking of putting a small cat on his base too.

As part of my commitment to low quality, imperfect posts, however, I will not include a picture of the cat, but rather, just let you imagine the thing. 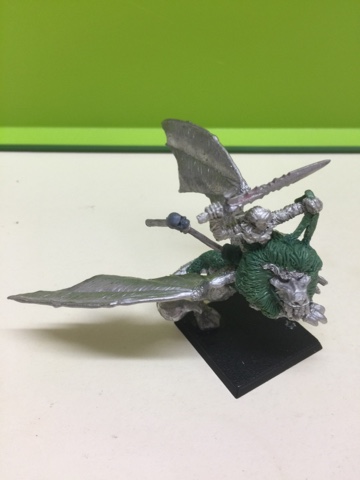 Next up, is a Mummy on a Manticore. It is my opinion that every fashion conscious mummy should get one - it is absolutely the must have accessory of 2016. 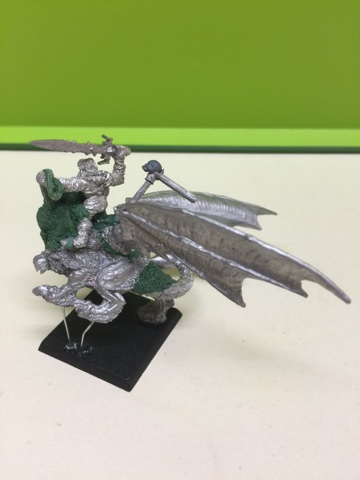 Look - it's not even finished being sculpted yet! Hows that for low quality, eh? I'll be putting something under those feet soon. For now, just wire. Pure, imperfect wire. 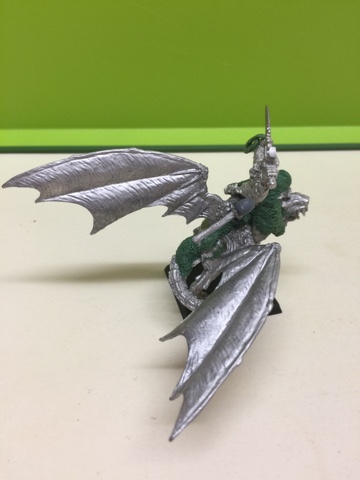 You might recognize the candidate Manticore as the visually defective creature that Dieter von Helsnicht uses to get around. This one: 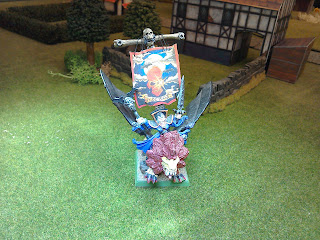 And another angle. Because you really need to appreciate this... 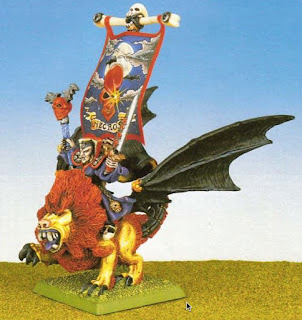 Anyway, I've repositioned limbs, I've cleared out all the lead between the teeth and the claws, I've removed most of the mane and started to re-sculpt it so that it doesn't look like a cat that's just discovered a cucumber sneaking up on it.

The main element for me is the considerable learnings I'm making around green stuff. This is the first time where I've used green stuff in stages, to build something up and then have to come back to it once that base is dry.

I always thought sculptors were special people, but I have  a whole new respect for them: sculpting is hard!

Now if one was to present their 3rd edition oldhammer credentials to me and propose that, outside of narrative being king, that Mummies are not characters and therefore don't have access to monsters to ride and the fact that they're stupid when uncontrolled and can't actually choose manticores in Warhammer Armies anyway, so stop being a dick, Gaj, I guess I'd have to agree.

But they can in 4th edition...

Anyway. I'll just leave that there. Because I'm now an imperfect blogger who just leaves things lying around for no explanation. Why - yes, thank you - I appreciate your encouragement.

In other 4th edition news, I have also recently taken ownership of a shit-tonne (it was spelled wrong, which is probably why it was archived) of Skaven. I guess the box doesn't really tell the story, but the blister packs are 4 deep and there are loose skaven above and below them too. 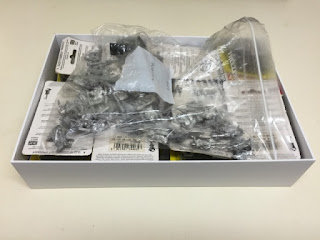 I will get there.

So there we have it. Unpainted lead, half arsed plans, and not a single word more on Skulzinschitte. Coupled with that a dangerous fascination with Middle Hammer and The Red Era of the Cheerleader Pose declared publicly - a decidedly imperfect post indeed.

Welcome to Warhammer for Adults 2016 - The Year of Mediocrity**.

**It might perchance be that you already thought the blog was quite substandard and that mediocrity was the order of the day. In that case, prepare to have those experienced mined out and collapsed as we explore a whole new level of underwhelmingness. Look, I just made up a word!
Posted by Weazil the Wise at 13:25 25 comments: