It turns out that starting a blog has payed off. I'm not much closer to playing a WFB3 game here in the New Forest, but I am meeting new and interesting people who have a matching dedication and desire to see WFB3 played again.

So, ladies (yeah, right...) and gentlemen, I am thrilled to introduce to you a new contributor to Warhammer For Adults:

Dreamfish hails from the Netherlands and his primary claim to fame is that he is the author of the Army Builder files for Warhammer Fantasy Battles 3rd Edition. He has also created a detailed 'cheat sheet' for WFB3 and is well versed in the secret lore contained in the White Dwarves from the WFB3 era (roughly WD ~90 to ~155 or so). He has kindly agreed to become a contributor to the site, where I hope that he will share his love of WFB3, the Army Builder updates and his love of Marauder Dwarves.
Posted by Weazil the Wise at 07:50 No comments:

Storm of Magic: Magic the Gathering for Morons

Storm of Magic has arrived. You know that already, because you're interested in Warhammer. And, being interested in Warhammer, you are acquianted with one of those GW enthusiasts. You know, the deranged preachers so excited by the whole thing, that they have basically ejaculated the barking madness of SoM straight into your unsuspecting face.

I know some people like that, so, whether I liked it or not, I came to learn about the subtle nuances of SoM: 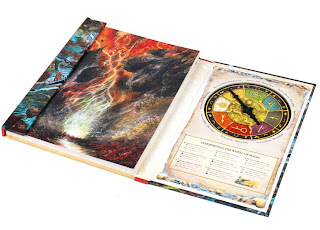 It's about as subtle as a brick going through a window. It's like Games Workshop saying to me, "ooh - watch out now, you don't want to be working carelessly with those D8s. Have you ever stood on one of those little buggers? We chose the spinner so that you wouldn't hurt yourself on that nasty, pointy D8. Don't laugh, son - this is no joking matter. Remember when Seb had that nasty fall back in '92? That was a D8. Poor bastard stood right on it. It made the sole of his foot go all red and everything. It took him several minutes to recover. Bad business, that was. Bad business...so don't be messing about with them D8s, okay?"

Lets see if we can think of any other games that have spinners. 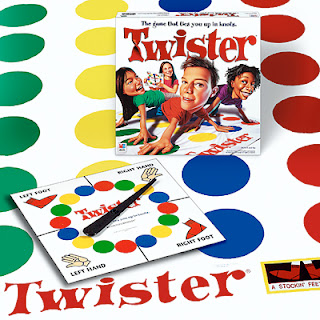 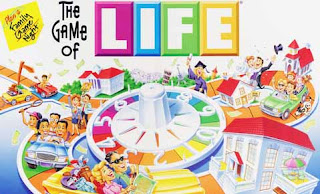 I couldn't think of any others, so I consulted the oracle. This revealed other high quality offerings, like The Happy Little Train Game: 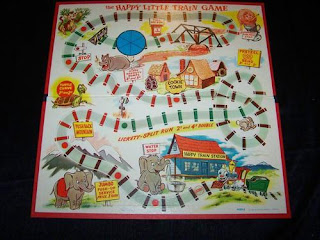 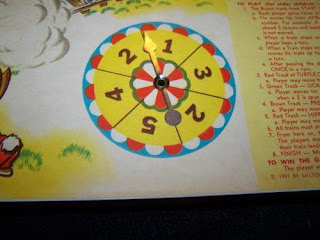 Is this your market, Games Workshop? Perhaps, for Warhammer 9, we can implement a system where we can sell army-themed straws (The shaft of Teclis, anybody? Only £6.99). Then, using the True Line of Sight rules, players can line their straws up to 'take a shot', where they can try to shoot frozen peas magic missiles at each others figures. Of course, we'd need safety goggles techmarine visors (£6.99), to make sure that little Johnny doesn't experience a miscast.

The thing is, I actually quite like the idea of Storm of Magic. I love the notion of ultra powerful wizards using the very elements and foundations of the world to battle against each other in epic, continent altering contests of will. Sorcerers who summon any creature from anywhere and bind it to their will, obliging it to do as its told. Creatures with whom unmentionable pacts must be made in order to glean some extra influence over unknowable elements and probabilities. All of that is pure fantasy and makes for a great game...of cards.

I refer to Magic the Gathering. It's a collectible card game that is, well, representative of wizards having a magical duel. The key difference between MtG and Warhammer for me is that MtG is about the wizard - the player's persona, if you will. Whereas Warhammer - well, certainly from 3rd edition onwards, is really about the army. Sure, most players will inject their persona into one of the characters, but the army as a whole has a part in telling the story.

Interestingly enough, from what I can gather, a lot of people are concerned about the extreme power of the spells available in Storm of Magic. They are right to be concerned, but in a gesture of objectivity and fairness, I can admit that sometimes Warhammer 3 had some of that crazy shit too. Take Wind of Death. It is a spell that simply causes 1 strength 3 hit on every living thing on the table with no armour saves. Casting cost? 25 Magic points. Not childs play, but accessible.

But, if you consider that Warhammer 3 was also meant to include a games master, at least there was some sort of mechanism to include a spell like that in an objective fashion and narrative. I think it would be a great way to start a game - before deployment, resolve the spell - then deploy the surviving elements of both armies, together with the now severely depleted necromancer, and start turn 1. See how easy that was to narrate?

Just another reason why I refer to Warhammer 3 as Warhammer for Adults. Because spinners are for children.
Posted by Weazil the Wise at 14:30 2 comments:

A Complete History of Grom, part 3

Earlier, I had cheerfully posted that I had a complete history of Grom in figures, because I thought that I had the first release of the legendary beefcake. Then, more experienced collectors than myself pointed out that I had missed the all important pre-slotta release of Grom - the actual 1st edition figure. 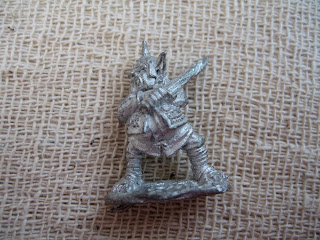 Indeed, I was very, very lucky, by the looks of things. Managed to get mine from a chap over in the States for less than £10 - including postage. This is one of the items I acquired when I was too ill to paint. Also, I now have complete Warhammer 2nd Edition ruleset. Not that we should lose focus here - this site remains very much about Warhammer 3rd Edition - but, 2nd ed might be quite useful for the scenarios like Terror of the Lichemaster and all that.

This, together with the discovery of Krell and the promise that I would finish 20 Undead by the end of July has thrown my painting plans into chaos. Simpy put, I must finish the Undead, because I said I would, and I have a feeling I'll then move onto Grom and finally close up with ol' Krell.
Posted by Weazil the Wise at 14:50 4 comments:

I've been ill recently, struggling with especially severe headaches. This means that:
Anyhow, I've now run out of funds in Paypal, so my eBay campaigns have ground to a halt. Faced with boredom and the sudden realisation that my head no longer hurts, I've painted some more undead, bringing the grand total to 13: 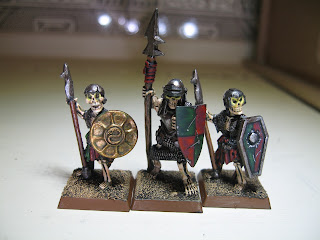 It is my objective (hereby declared in the public domain) to have finished all 20 of them by the end of July. I would have taken more pictures, but light was bad and I was really struggling with focus. So I took a picture of my very first paint pot ever instead: 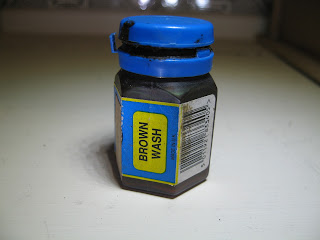 I got this chap in 1994, together with a raft of other paints. I used this to paint my very first undead figures ever, which were my very first wargames figures ever, and I love that I still have about a third of the bottle left, still going strong and contributing to almost all of the same models as I had at the time.

Another picture, just because the young 'uns might not believe it's a Citadel paint: 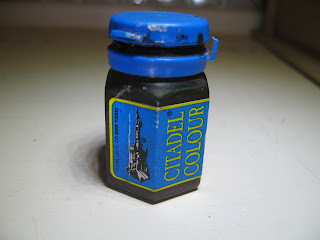 I still have a third of it because I don't really use washes that much. I suspect this is because secretly, I'm just a masochist at heart, and it feels right that it takes me hours and hours to paint rank and file figures whose appearance doesn't match their painting effort and will never even be picked up by the few people who are even aware of their existence.

I've got some of the other original paints too, but how many more pictures could you possible stand?
Posted by Weazil the Wise at 14:56 No comments: