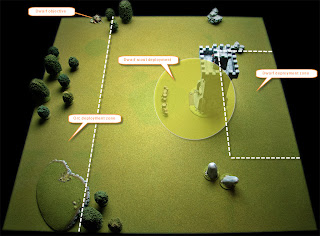 Battle Report: The Shadow of Koles Lorr - Meet the Contestants!

If you didn't know already, Dreamfish and I have already played a remote game of Warhammer.

We did that because Dreamfish lives in The Netherlands, and I live in England.

In that game, it was just the two of us, with me serving as the remote player, and Dreamfish doing all of the measurements and movements of the physical figures. Check out this post for information on how one goes about playing Warhammer by email.

But now things are different. Let us never forget that the primary purpose of this particular site is to help me find Warhammer 3rd Edition players, or at least, those that want to learn. In the few months that the blog has been running, more players of distinction and fine taste have stepped forward, meaning that we have a third member wanting to play. That means that we can play Warhammer the way it was always meant to be played... with a Games Master!

So, Dreamfish will be serving as the GM, being accountable for the figures, movements and measurements. The game will take place in his beautiful warhammer shrine, which is a room where he can leave the game undisturbed for the several weeks that will pass as we play the game. He knows the secrets of both amies, and quite possible has some secrets of his own that neither of us are aware of!

That means that I get to take on the role of one of the antagonists. It is therefore with great pleasure that I introduce to you our other antagonist: 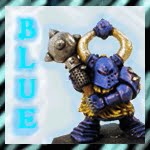 Blue runs a blog (http://bluesmarauders.blogspot.com/) which you may already be aware of, as his updates pop up regularly over in the 'My Blog List' section just next to this article.