You may have detected that my focus has been a little off, lately. Erratic posting, spelling mistakes - that sort of thing. You might even know the reasons.

These reasons have led to other things slipping in real life too. One might say that life has been hard, of late.

So imagine my surprise when three squatters pitched up at my door, seeking accommodation: 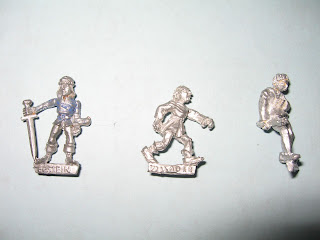 Initially I expressed my reservations, but ultimately - I am a kind man. I let them stay. From left to right, they are Antonio Epstein, Willy and Hunk.

At first, I had no recollection of their purchase. In fact, I was convinced I had not parted with any money in this regard. I know this, because if I had been purchasing warhammer figures instead of other priority items for my progeny, Her Eminence The Grand Minister of the Interior would have beaten me with a stick.

But then some vestige of my previously vast powers of recollection returned. I had posted an appeal.

Reader - let me restore your faith in humanity. A kind, kind man, living in the distant land of Kent, came across my appeal and decided to invest in his (and the next ten generations of his offspring too, no doubt) karma by sending these chaps over to me.

So, Mr Ben (let me not reveal your full name, lest free-booters come a-knocking) - to you I say:

Your generosity is evidence that there is still hope for our poor planet. I will keep an eye out for things that you may need - you have my word.

So, this is where we stand, now: 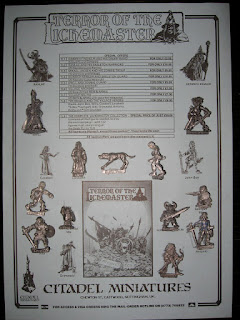 I did (before my line of credit was suspended) manage to sneak a purchase of Lorabeth from eBay, but I've neglected to take a picture of her, but that is the other figure I've acquired between the last TofLM post and this one.

Anyway, I've updated the Terror of the Lichemaster page with the latest close-ups (barring Lorabeth).

Which brings me back to this fine statement, authored by the divine hand:

For every one that asketh receiveth, and he that seeketh findeth, and to him that knocketh it shall be opened. (Luke 11:10)

So, in that vein, it turns out that I'm looking for a bigger car: 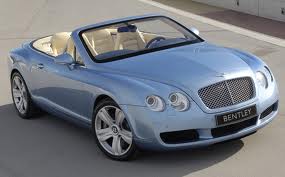 And a house. You know - for a growing family: 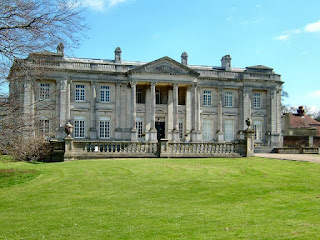 And some form of recreation for the little one. I hear water sports are quite healthy for developing children: 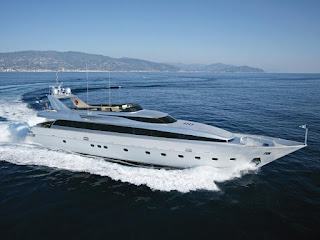