Now that Oldhammer appears to be sorting itself out, what with forums, painting contests and other bits and bobs, the humble hobbyist is left with nothing but the business of painting.

Although the blog has been silent for a while, I have been diligently beetling along whenever I've had some space.

Washes have proven to be a loyal friend at this junction. As described in the link, the key thing for me was to move faster than normal. I reckon I spent about six or so hours on them (in total, not elapsed time. Elapsed time was about a month...).

Note the way old-school three in a row slottabase. Usually, I have to destroy those to get the figures out, but this one was still useable.

Anyway, these are the zombies: 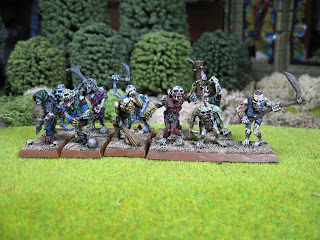 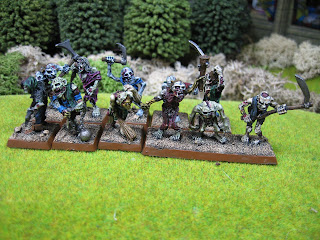 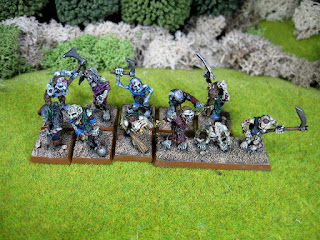 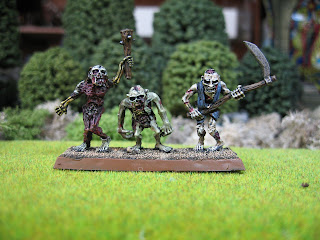 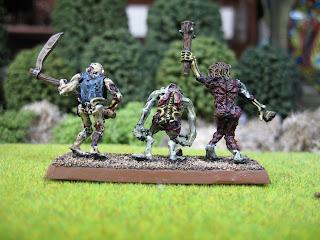 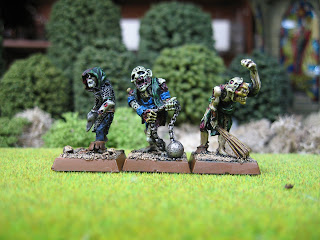 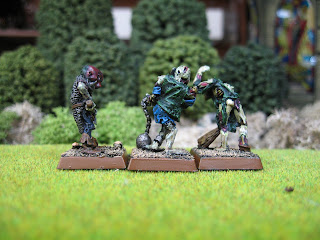 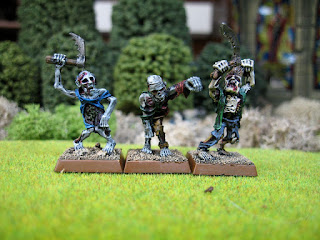 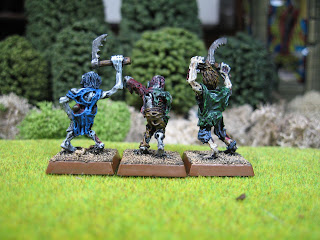 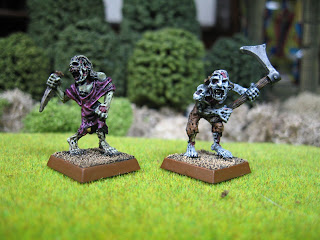 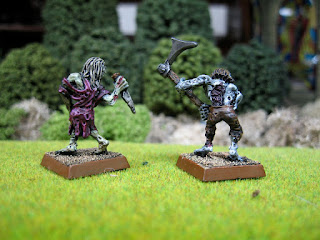 I've been painting these as I continue forward with my Lichemaster objective. There are twenty zombies involved in the Lichemaster story - ten for Mikael Jacsen and another ten as part of Krell's contingent. I ended up painting eleven because I appear to have forgotten how to count. Anyway, I suppose that's good news, because then there are only nine left.

I haven't varnished or embellished the bases yet. I hate flocking bases. You can substitute the 'lo' with any vowel you think makes sense, if you really want my view on the thing.
Posted by Unknown at 10:51