On The Traversal of Points

You're not an idiot, after all.

You just find that organising those memories into a cohesive structure is beyond the realm of man. That's because the snowball affect of one amazing idea colliding with the next amazing idea is so deceptively fast and powerful, it makes the Hadron Collider look like Playmobil.

Well, that's my excuse anyway. The point being, I cannot quite explain how I come to post about the thing I am posting about.

Anyway, let's get started. We've recently moved house. Also, my wife is a counseller. These two facts connect, by virtue of us having a room in the house specifically dedicated to the business of counselling. The room is not ready for this purpose yet, because, like anyone who moves house knows, none of the furniture we've placed in any of the rooms is actually going to stay there.

But in the mean time, there is a room that isn't specifically serving a purpose. Equally, there's a set of trestles and a tabletop that just seems to be, y'know, hanging around. Finally, in the counselling-room-that-is-not-yet-a-counselling-room, there is a bookshelf with no books on it.

Eh? What's that? The way you've raised your finger seems to suggest that you are losing faith in my ability to connect this to Warhammer in some way.

Sit tight there, fella - I'm getting there.

Anyway, so a few synapses get together with a few other synapses, some of them had a little chemistry thing happen and before you know it - BAM! I'm playing XBOX. But AFTER that - well, I put together a place where I could play warhammer. 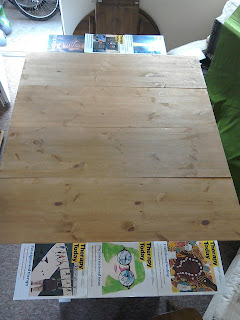 Now, what you're looking at is four shelves from the bookshelf, spread out across the ridiculously thin tabletop (2.5 feet! There should be laws about this sort of thing!) mounted on the aforementioned trestles. Unfortunately, the bookshelf then ran out of shelves, leaving me with about 8" of gap on each side. 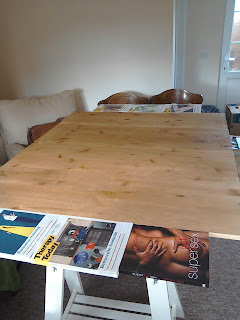 ...and also, Super Hot Sex. Now I know whar you're thinking. Title says Warhammer for Adults and I want to be a a little edgy and so just to keep the pundits happy I'd chuck in a little flesh.

Well I have two arguments for you.

1. All of the other literature that my wife has in the boxes waiting to get onto the bookshelf (whose shelves are now spread across the table) are NOT the exact same thickness as four copies of Therapy Today. No, not The Counselling Dictionary. Not Mindfulness. Not even that timeless classic, I'm OK, You're OK. I tried. As it turns out, there is just enough super hot sexual content to be the same thickness as the shelves from the bookshelf AND four copies of Counselling Today. Fortunately.

2. I appreciate the metaphor that I shall be playing Warhammer on a table made of sex books. Well, one sex book. How many sex books has your gaming table been constructed out of? 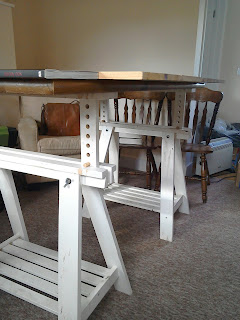 Anyway, look - trestles. I thought I'd show this because I raised the table right up to arm height, so one can stand and play comfortably. 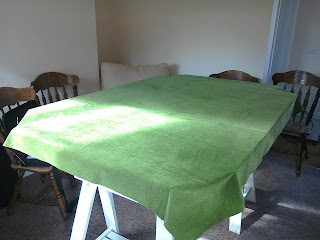 I'm so nerd, I put my wargaming mat over a picture of a nice lady's buttocks. 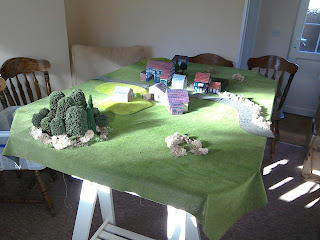 ...and then built a pretend village... 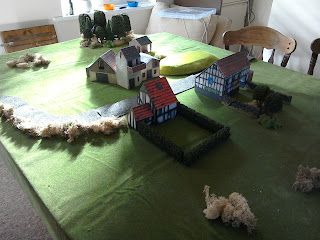 ...so that I can push my toy soldiers around... 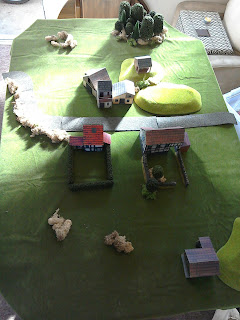 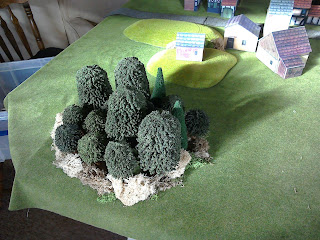 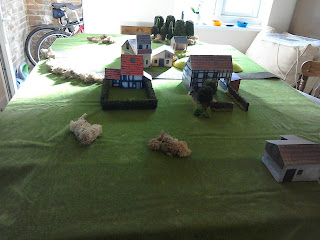 Did I mention my wife was a counseller? 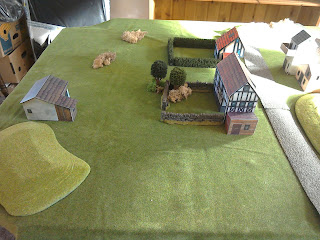 Let's get onto those pretend people, eh? 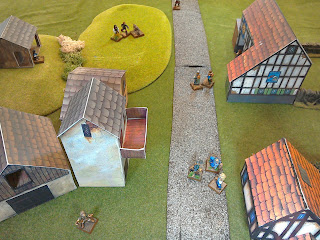 Looks like we've created a little village. Look at the villagers, just milling about their daily, village-y activities. Look, there's Wilfred, looking to get a cup of sugar from Katerina. Say hi to Wilfred, everyone! 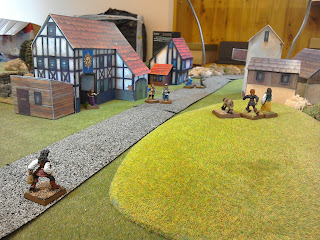 The village (Hamlet, even?) wants a name. It was going to be Little Grump, but then something happened. 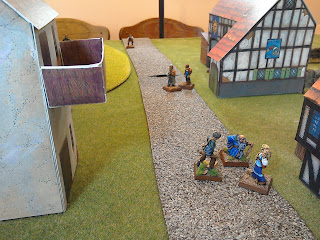 Hold on a sec whilst I pop out back quickly. Look at some more pictures of the villages. Won't be long! 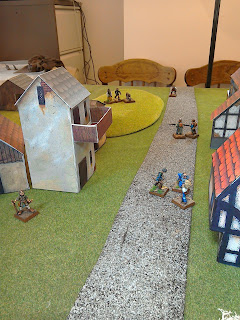 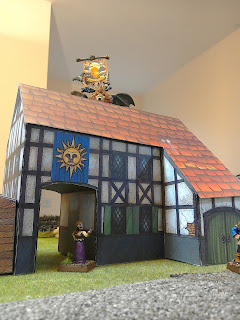 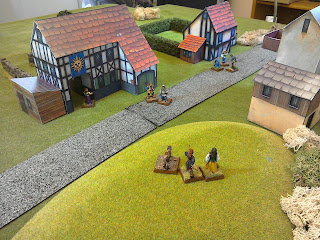 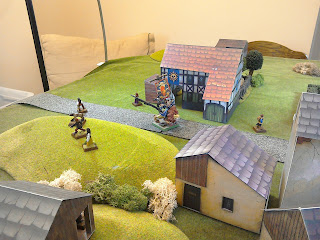 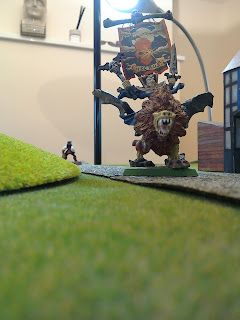 What's that, poppet? What is it you're trying to say? "Fourth edition?" Yes? Is that what you wanted to say?

Because what we have on our hands, boys and girls, is a Battle Report. Using the 4th edition of Warhammer Fantasy Battles. And awful 90s paint jobs (not mine either).

Eh? What's that? You had a question? The village? Oh! The village! Yes, of course - what did I change its name to?

Well, now that we're playing fourth edition, we have to start acknowledging heroic names and the prevalence of skulls and blood in everything. The village (and indeed, the whole battlereport) is now called: