Battle Report: The Vampyr of The Riding: Deployment

I started curating the images I had taken for the report, when I thought "how about I make one of those handy map things with the arrows and whatnot that they used to put in White Dwarf battle reports?"

What I had not appreciated, however, was how much easier it is to levitate an x-wing out of a swamp using only my mind and two fingers than it is to make the assets necessary to make a battle report work.

I stayed the course.

And, whilst I realise there are some minor scale issues with the map, the fact is, the thing will work to support the descriptions of what actually happened. I also had occasion to look at the early reports, and - I hate to break the magic for you - they're actually not all that great. They really are 'purely functional +1'.

That's not a criticism, by the way. Having attempted this in 2021 with, y'know, modern software, I can only imagine how much more frustrating it must have been in 1993.

We begin with a legend: 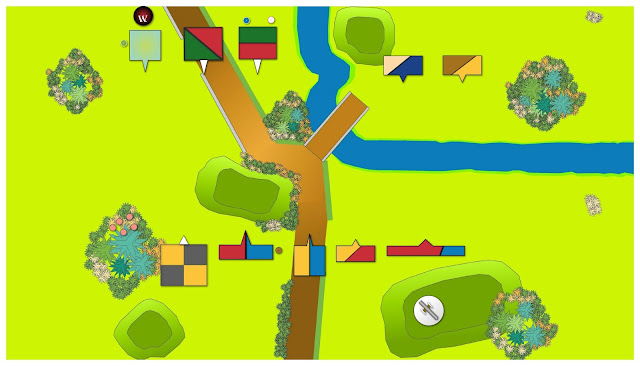 And pictures. Because this isn't a White Dwarf.

And I'm not limited for print space.

I am limited in memory and cogent thinking however, so please accept my sincere apologies for leaving the army books and the tape measures and so on in the shot. Also, no Bob Ross inspired watercolour backgrounds. You'll have to make do with our playroom, the view out the window and various crotch level shots.


Fortunately, now that I have the assets to describe the story, we should get underway with the actual battle shortly!

See you next time!