I'm a new dad, so painting is hard.

But, it appears that the stars have aligned appropriately, as Venus ascends through Basingstoke*. Or something. The point is that time, paint, an unpainted figure and myself all appeared to find ourselves in the same place and the same time.

We decided to hang out.

This is the result: 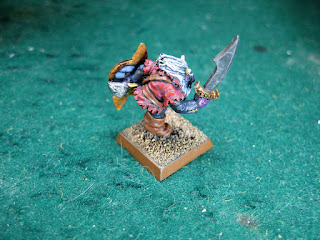 Another chaos dwarf. This plus this and this means that I now have a unit of 10 (painted). 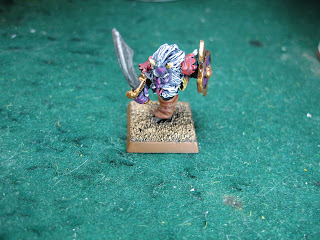 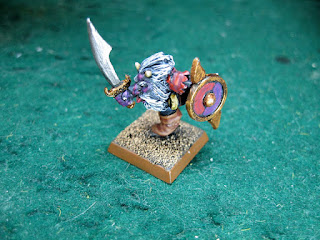 And, off the back of the advice I received on the 'Warhammer for Parents' topic linked above, I also experimented with inks. Or washes. Or whatever they're called. So this is a goblin, painted just in basic colours, and washed in GW brown (I forget what its called, its the new one) and then highlighted with the same base colours as before. The point of this exercise was speed. I won't lie, I'm not thrilled with the outcome, but it is better than I thought it was going to be. And, it only took about 40 minutes (not elapsed time, mind, but total) to do. So...something to think about. 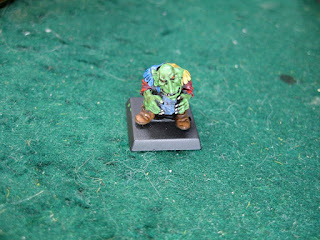 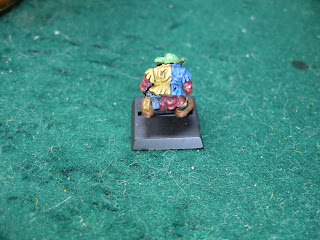 This is a hobgoblin that I decided to try GW black (I forget what its called - its the new one) with. Again, base, wash and highlight with base. I think it turned out better than the brown. 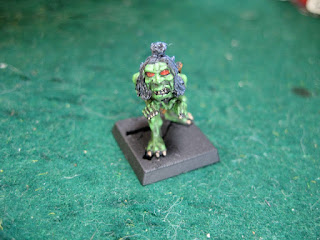 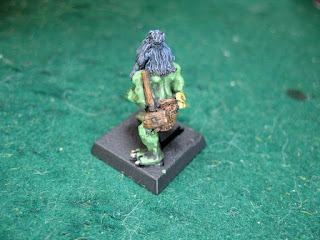 Again, the point was speed - nothing else. This is a comparison with one of my Groms, which was painted without washes: 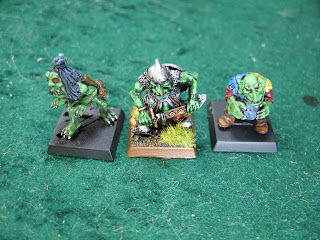 For interest, the chaos dwarf was painted using my regular layering approach, in order to maintain consistency with the rest of the unit. Assuming my other experiments go well (the two goblins above were a huge fight against my OCD first and foremost - the bases are not done because I genuinely thought they would be in Nitromors by the end of the day!), I think I could really get these washes to work.

*I don't know, but I have it on good authority that a gentleman's club may be found there, from which an especially suitable view of Venus may be appreciated. Venus appears on Fridays and Saturdays.