The Bridge over the River Chai: Meet The Contestants!

The game is played remotely by four members of the Oldhammer Community. The participants have never met in person and all aspects of the game are processed through the internet. The tasks involved in running a Remote Game are divided among two players, a writer and a gamesmaster. The separation of tasks allows the GM to collaborate with the writer without exposing sensitive information to the players. The GM is simultaneously the host of the game. The host owns and arranges the gaming table and miniatures used within the game.

What follows are the profiles of the four participants.


Started playing and collecting Warhammer 3rd edition in the late 80's and progressed up through 7th edition. He has mostly been collecting and painting and never actually owned a board and scenery, up until recently. Dreamfish enjoys gaming, but finds the experimental nature of Remote Gaming and his role as Gamesmaster very rewarding.


Started gaming with Heroquest in the early 90's and moved onto Rogue Trader and WFB 3rd ed. at secondary school. After a long gap of some 15 years or so he has since played several solo games of 3rd and 2nd ed., dabbled in the skirmish games, Skulldred and Havoc and run the Orc's Drift campaign. Games on the "to play" list - Warmaster, Mighty Empires and Man O War...


I have been around war gaming my whole life. My father is big into historical gaming so have played various ACW, WW2, Napoleonics. I have always loved Warhammer but never actually played it much. Totally missed 3E. My Warhammer experience started in 5th grade when I bought issue 160. So mostly grew up on 4E. Really wanted to get into it though after reading most of your blogs. So thanks for the inspiration.


Well besides helping run the family business. I weight train, paint as much as possible, search for old figures on ebay, and lets not forget Diablo 3.


Started playing D&D in the late 80's and Warhammer in the early 90's, just catching the end of 3rd edition. Progressed all through until 8th edition, before electing to return to the 3rd edition. Gaj has started selling and trading his later edition armies to build up classic 3rd edition armies.

As before, we have ourselves another old world vs. new world match up! Is this the opportunity for the US to claw back a draw, or can the UK once again overcome the Goliath of the west? In this match up, we have Illinois, ably represented by Airbornegrove26 vs. (the original) York, represented by Thantsants. You might have heard of him before. 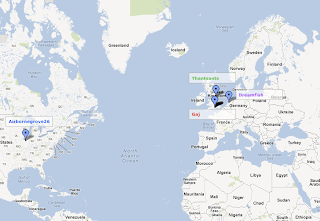 
Thantsants takes the task of leading the Goblinoid horde and their evil Dark Elf allies to capture the Percolator. 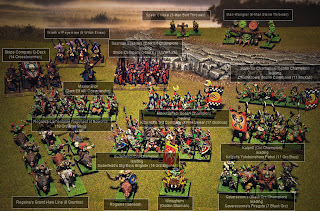 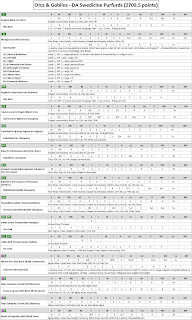 
Airbornegrove26 takes the honorable task of leading the meeting between the Dwarfs and their Wood Elf allies to safe guard the Percolator. 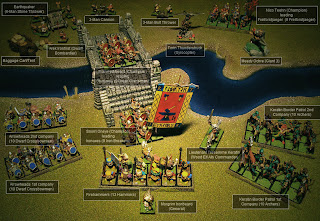 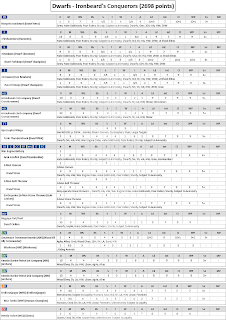 So there you have it. We just need to publish the scenario and rules and whatnot, and then we're off!