A Finisher of Things

...which, as any longterm reader of this blog will know, is not me.

But, as the saga of the Bridge Over the River Chai has now drawn to a close, I am able to return to other members of The Unfinished.

Lets start with the last things that went into the painting queue:

Terror of the Lichemaster. These have been just lying around in a box for some time now. A few nights ago, my powerfully cruel imagination forced to me to consider the what-if scenario of one of these figures contracting lead rot. Panic struck, and I undercoated them as soon as I was able!

These are just pictures of the named characters - the others are coming. 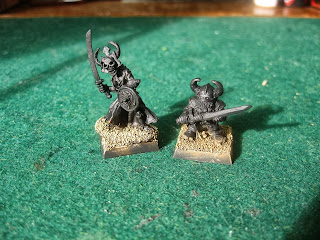 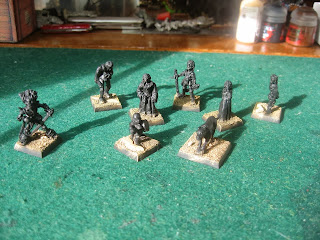 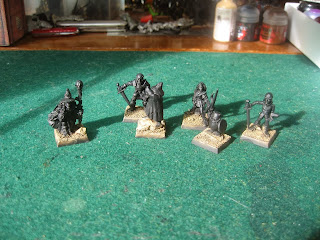 Where's Krell, you ask? Well, I've already got a painted one of those. It was all I could do to get the time to even photograph these, let alone dig around trying to find him. 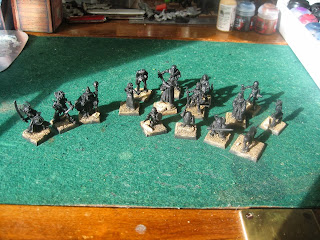 And the whole lot, scrounging for some love.

Unfinished that have seen a paintbrush - 15 halberdiers, their various commanders, a troll, a skull chucker and the iron claw chariot - a figure I've come to hate... 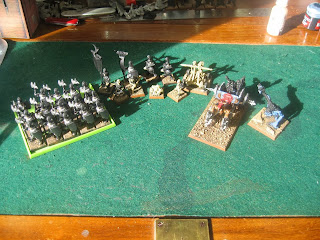 Unfinished that haven't even seen a paintbrush - two chaos figures from the August painting challenge I never finished (because of these two), some goblin command, the iron claw stone thrower, the remainder of the dungeoneering party I was putting together and some other assorted baddies: 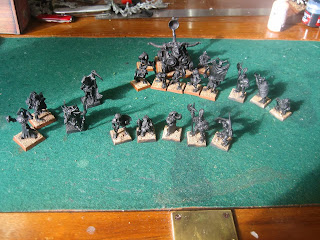 But just as despair is about to set in, perhaps we should consider the good news? Because painting has happened, you see - some people may even remember these chaps from the Bring Out Your Lead! 2013 get-together. Off the back of many threats made aeons ago to produce a chaos army of Nurgle, I finally got around to painting some chaos warriors. Long time readers my recognise Onowitz Mann'fluh, which was produced as part of that plan over a year ago now. 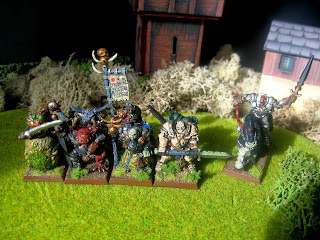 Now Nurgle's magic number (or whatever its called) is seven, meaning that most units in the army must be comprised of seven figures or multiples of seven. Mild OCD suggested to me that I would never be able to cope with the incomplete rank such a number of figures would produce. So, a conversion - once again, champions of Slaanesh seem to be much better suited to Nurgle: 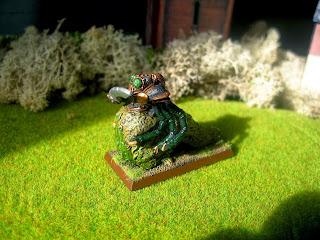 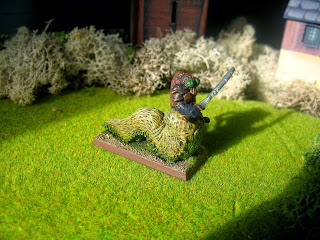 And then regular grunts: 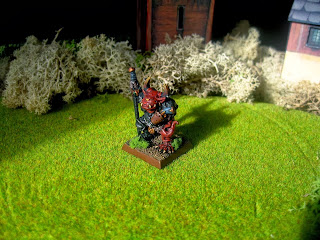 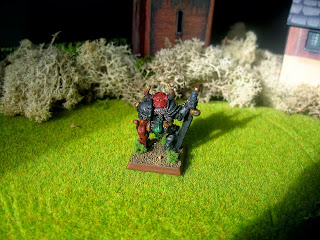 What follows is a relatively modern figure - probably my favourite of the last two decades. Being a character of Nurgle, he was a no brainer: 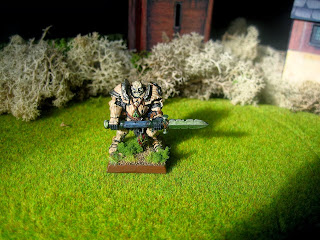 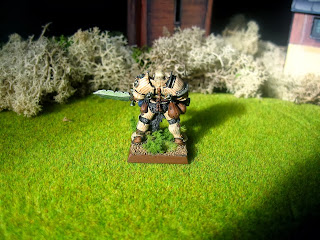 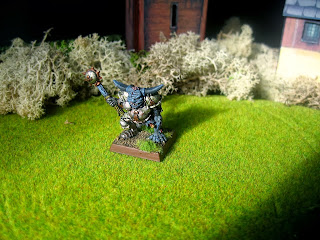 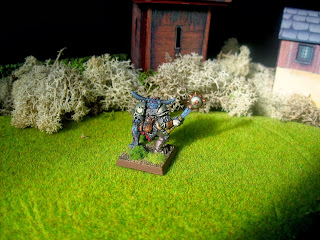 As I was trying to get the unit painted quickly, I decided to select models that were equipped with two handed weapons, meaning I wouldn't need to paint shields. Of course, all chaos warriors are equipped with Shields, but I can't imagine any of the lovely oldhammer community would mind if they didn't happen to bring them along... 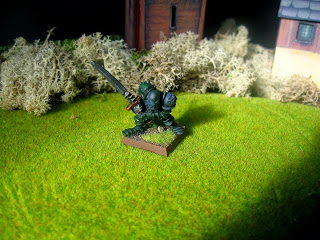 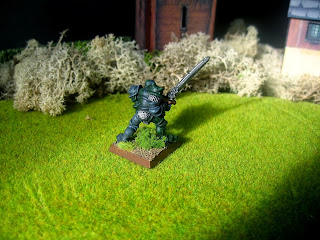 This next chap was given to me as Gratnak Nakk - the half orc from Forenrond's Last Stand. Quite how the giver arrived at that conclusion, I don't know, but he has always been a half-orc from that point on. Of course, the gods of chaos are equal opportunity employers, so he was welcome: 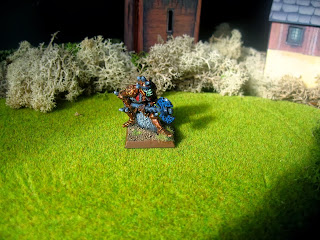 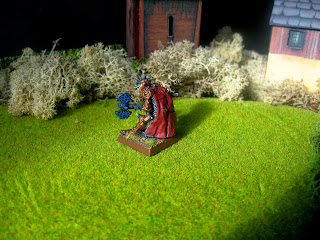 And Mann'fluh. Sometimes a chaos sorcerer, sometimes a banner bearer. As the army develops, he may very well become the army standard. 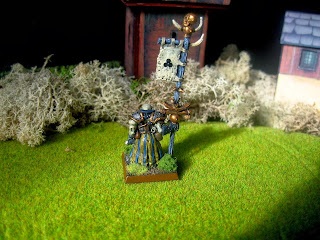 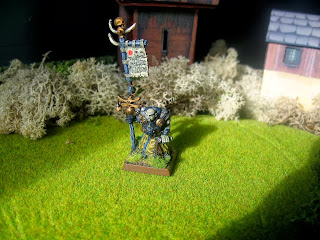 When preparing for BOYL! 2013, I decided to roll up a chaos champion. In a curious twist of fate, he actually came out relatively well and normal. Not only that, but he got a chaos steed! This, then, is Baron Bodiyoder: 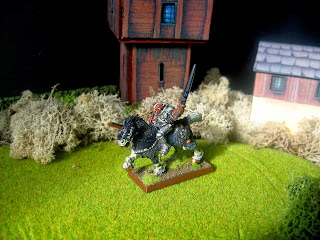 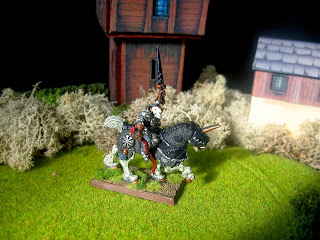 And, because I like I know you, dear reader, like army shots, I thought I'd take a look at what I could scrape together that was expressly and obviously of chaos. I know I could throw the goblins in there as chaos goblins, but we've seen a lot of goblins lately, so I thought I'd spare you. Also, They were under a lot of other things that would mean I would have to not take this picture and organise my painting station instead. I think you'll agree, this was probably the better outcome:

Its nice to finish with those that have successfully escaped from The Unfinished - heres to many more months like it!
Posted by Unknown at 03:27

Email ThisBlogThis!Share to TwitterShare to FacebookShare to Pinterest
Labels: Chaos, Terror of the Lichemaster, The Unfinished