For whatever reason, the blogosphere appears to be on steroids. I watch with amazement as people post again and again, sometimes two or three times in one day. Relentlessly, this pace continues, until peer pressure forces me to capitulate, abandoning reason (and sleep - that vital currency which new dads crave so desperately) in order to post my own personal top ten wish list sort of thing. It seems to be popular elsewhere. That said, I refuse to post my desired army lists. That resource is a rich vein of untapped goodness, that we shall explore another time.

Of course, you have no notion of a top ten. Or, because your lust for lead is insatiable, your top ten only refers to the top ten you're thinking about right now - this very second. Already, your mind is filled with despair at only being able to choose ten, so you've just reshuffled it, haven't you? In ten seconds, you've re-arranged a hundred figures in your head.

Anyway, It seems there are some common contenders. My number 10 is one of those: 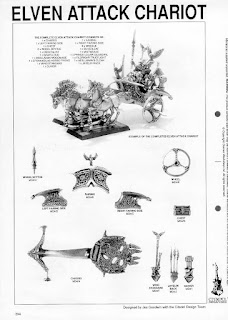 I am collecting a High Elf army. It must have one of these chariots. It can't have more than one.

I don't think these chaps are that hard to get hold of, but I've just had to focus my money on other things, higher up in the list. 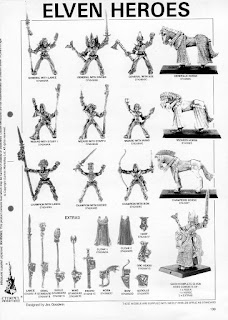 I also love the mounted elves - very specifically, the three mounted generals (top row). I have one, but I need the other two. I have had opportunities to acquire these, but again, money has been routed elsewhere. 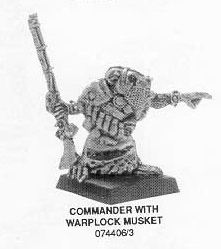 Really? I have to explain? 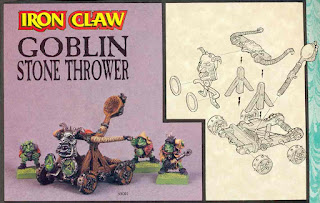 Yes, I also fantasise about the Man Mangler and the Skull Crusher, but this "poor man's" Man Mangler has always stood out to me. 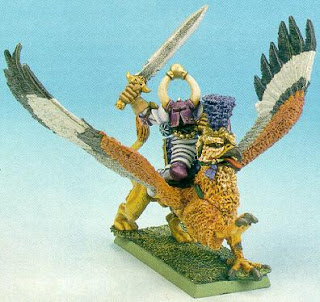 A Marauder figure. It's just such an unexpected combination. I had the option to buy one of these once. Idiot. 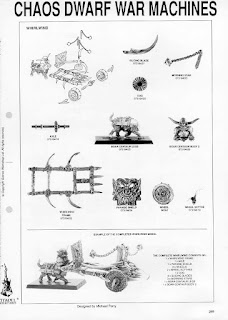 I've already got a Tenderiser. The Whirlwind is really to complete the collection. Also, it looks cooler.

Now things start to get interesting. I never saw any of the Kaleb Daark stories, so I know nothing about these characters. But, having seen them, I think they're great. Must get the whole set! 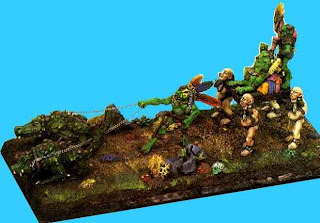 Another common one. I don't have any slann. But, compared to the giant floating frogs of the current lizardman range, this figure is pure gold. A must have for the discerning (and wealthy) collector. 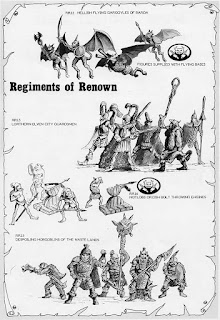 The pre-slotta Lothern City Guard. Not to be confused with the Lothern Sea Guard, although these are no doubt the progenitors of that unit. Again, part of that High Elf fetish I have. A lovely chunk of history, methinks. 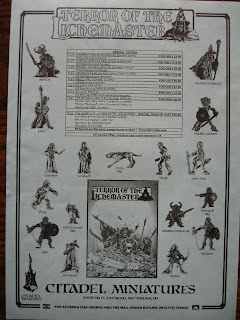 You look surprised?
Posted by Unknown at 15:12