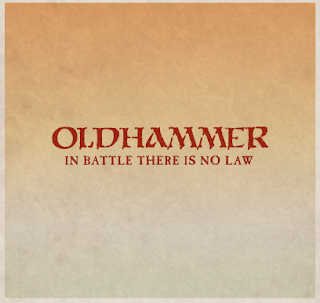 Anyway, seeing as how a movement appears to have occurred, I thought I'd pile onto the bandwagon. And, seeing as how our little community quite organically has picked different areas to focus on, I was quite surprised to see the gentle suggestion surface, but not actually be 'grown' any further.

Fortunately, this one has been quite close to my heart, so I'll take it.

I've made reference to the idea of a classic car warhammer rally before. I believe I've even referred to this on some forums, but I cannot find those discussions right now. Seeing as how all the other stuff is moving along, though, it now seems prudent to suggest just such a thing.

Essentially, a meet up. A classic, warhammer/gw/80's rally. At the end of the day, the thing we all want to do (I suspect) is to actually play these games. I realise that there are others, focussing just on collecting, but I would imagine we would all find kinship if we found ourselves in the same place at the same time.

So heres how I thought about it:

The first problem is that everyone is, well, everywhere.Skarsnik's map will tell you that.
The second problem is that most of us have our own little miniatures at home, who need to be fed, bathed and generally looked after.
The third problem is that a meetup may require some serious logistics - its not just about figures - its about scenery. Tables. Toilets. Parking. Food.

So, intriguingly enough, the answer I ended up with was Warhammer World.

Now I'm not saying that's the only option. That's just the thing that popped into my mind. Let me explain:

I think (if there were enough of us) they would be most forgiving of the older model ranges, including the other non-citadel products that they used to sell at the time. They have the tables, parking, toilets and food that we need, in vast abundance. Although many of us are suspicious of the evil empire, it would be some sort of homage (Pilgrimage? yes I know, it should be to Hammersmith, but they don't have that store anymore) to a different time and I would imagine that it would be garner no small amount of interest from anyone where on the day. I daresay that if we alerted them to what we were doing, GW may even be interested in proceedings.

Also, the fact that they have a pub on site means that we could literally stay there until they close, talking, playing, trading and generally reminiscing of a different time.

Yes, we'd all have to apply for a weekend exit visa, and probably have to pay some money to stay in the dodgy little travelodge next to Warhammer World, but I think if we make an event out of it, it could be done. I've started laying the groundwork with Her Excellency, The Grand Minister of the Interior, and I haven't been shot down yet.

To be clear: not a tournament!

So, to put it to the forum: how about such an event? Is it worth it? Would you go? If not Warhammer World, where else?