Milestone(s) Reached! Terror of the Lichemaster & minimum requirements for an Undead army

As the title says, a massive milestone has been reached. Of course, there are other blogs where people say they'll paint stuff, then just go ahead and produce a whole army.

Milestones don't mean anything to those people. The end is not a milestone.

Fortunately, dear readers, here things are a bit more sedentary. Like me, I'm sure you couldn't possibly cope with the delivery of a completely painted 80's army all in one go. Something would burst. 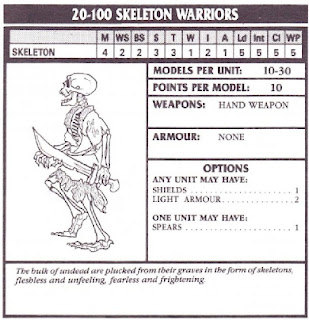 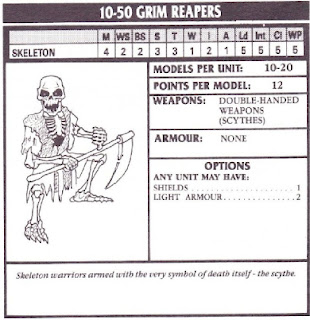 Here, then, is the milestone - 31 painted figures, covering exactly the stated requirements: 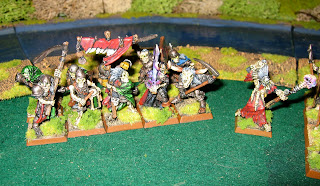 The other milestone here, is some progress for the Terror of the Lichemaster. If you look closely, you will see the leader of the Grim Reapers (no - not the one with the horns - the chap with the glowing sword) is none other than Krell. 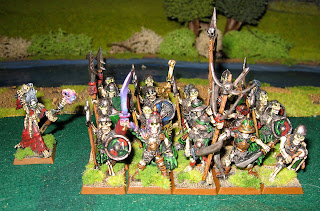 Don't be fooled by my clever photography - there is only one necromancer, he's just in both pictures.

So, the milestones reached are:


Its nice to finally see some paint on these chaps. Onwards!

Email ThisBlogThis!Share to TwitterShare to FacebookShare to Pinterest
Labels: Nightmare Legion, Regiments of Renown, Terror of the Lichemaster, Undead