It's not often you'll see me employ heavy duty expletives around here, especially in the title of the post. I try only swear for emphasis. Know, then, that what you are about to see will be difficult to absorb. I suggest you sit down. 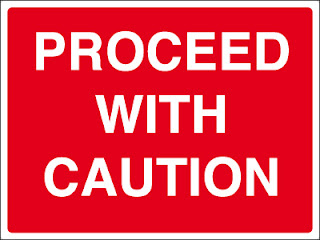 So I've been pottering about with this 3rd edition warhammer malarkey for around two years now.

I started late, so I've had the misfortune of watching the The Great OOP eBay Inflation erode the collectors ability to, well, collect.

Even so, I've been quite pleased with the things I've collected so far. Given the financial, spacial and marital constraints under which I must work, having four OOP oldhammer armies (mostly unpainted, but you already knew that so don't ask!) which all feel as if they have enough figures to be playable armies.

Perhaps your story is similar? Perhaps you're thinking - given the age, rarity and cost of these things, actually, I'm a credible member of that bizarre 80's Citadel Only sub-culture that exists within Oldhammer.

Yeah. that's what I was thought too.

I've come across other sites where the collections are impressive. I know that there are some prolific collectors out there, but so far I've never had any real there's-no-point-in-continuing-because-I'll-never-match-that moments.

Need a hug? Cleaned up your ejaculant?

There, there. You can still be a collecter, even if you have one OOP figure. It's not the size of the collection that counts.

But, if you want to be a collector, just know that, unless you commit murder*, your chances of owning 600 painted OOP 80s goblins are basically nil**. Owning that AND a fully-armed-and-operational painted Slann army? That is nil.

When I think of my own paltry goblin related efforts, progress of which I was planning to stage tomorrow, my mind is torn clean in half by the enormity of the fact that even when complete, they will only represent 10% of what I have just seen.

I'm going to go and sit in a corner, hold my knees and rock gently for a while. There will be incoherent mumbling.


*Not an advocate of this, by the way. Murder is a big no-no nowadays.

**And having just said that, I suppose a veritable legion of wealthy-beyond-my-wildest-dreams collectors shall come forth to prove me wrong and further shred my already tortured mind with their division strength collections...